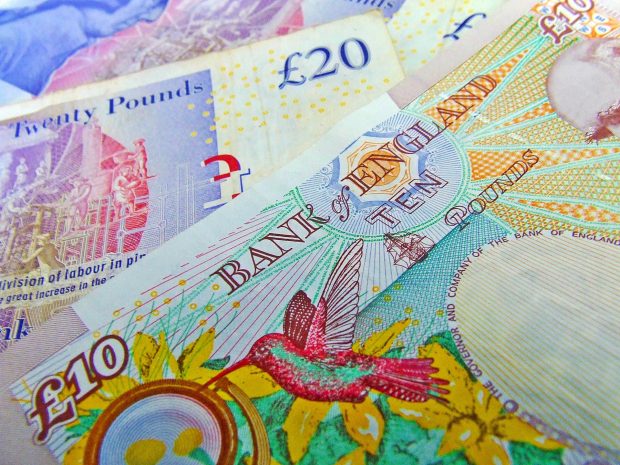 Recent high-profile scandals have left many charity trustees wondering how to do the right thing when it comes to accepting certain donations.

Trustees have rightly been wanting to make sure that money does not come from sources that might compromise the charity’s reputation, independence and work.

Responsible trustees right across the sector will have been watching closely how others have managed difficult decisions in recent months, following concerns about the ethical implications of accepting money linked to sullied commercial brands or gala dinners that fell wide of the mark in terms of what is acceptable in the 21st century.

We seem to be moving beyond the days when fundraisers might have chased corporate giants doling out the biggest cheques without necessarily considering where the money came from.

Only hours after the Presidents Club Charitable Trust story broke, the sector was already alive with questions about whether charities should accept and/or return donations from the charity. And more recently, the Sackler Trust suspended all new charitable donations amid claims linking the family fortune to the opioid crisis in the US.

It’s clear that charities are being increasingly conscious of their purposes when considering these difficult judgements, weighing up concerns about how the funds were raised against the financial impact of turning them down.

Thinking back to when I first became a trustee myself, this wasn’t a mainstream concern; many charities saw maximising their short-term income for the cause as being straightforwardly in their best interests.

What we’re seeing now suggests trustees are listening to an increasingly civic-minded and conscious public, and thinking about how they can best live their charity’s values and stay true to their raison d’être.

This shifting, more conscious approach to trusteeship is not to be knocked. It can be seen across a whole range of issues – from calls for further clarity around ethical investment policies, to charities acknowledging the need for transparency, admitting when projects have failed, and reporting to the Commission when things go wrong.

From where I stand, it seems that the sector is increasingly emboldened by its own values, not just in what it does, but also in how it acts and behaves.

As regulator, we welcome this. Charities are more than just a sum of their balance sheet and services they provide to a community. They belong to the public, and exist for the betterment of society, so it is right that they are considering what the public, their beneficiaries and volunteers think and feel about sensitive issues when making decisions about money.

This dilemma, of course, doesn’t just haunt large household-name charities taking donations from big-name donors. Small charities too face quandaries about whether to accept that £500 raised by a questionable local fundraising event or a local business director looking to rebrand after being dragged through the mud.

Trustees must be guided by what the law permits and the duties placed upon them. Whoever is sat around the board table wrestling with what is right for their charity, we as regulator want to help. We want to empower trustees to make decisions in their charity’s best interests when confronted with these situations.

Our new strategy is about giving charities the tools they need to succeed, so we want to shed more light on this delicate but important issue.

Following revelations about the Presidents Club Charitable Trust, we acted quickly to publish advice for charities about returning donations. This makes clear what trustees can and can’t do, and where they may need to seek advice.

Recognising this spirit of living your charity’s values and the need for charities to be true to their purposes, we hope to expand on this and provide additional support for trustees around returning, accepting or refusing donations.

The Commission’s starting point is that charities should normally accept donations and use them to further their purposes. We want to see charities flourish – and cash is always going to be critical to that.

We also understand that if you dig deep enough, every penny will have its baggage. We do not therefore generally expect trustees to refuse or return donations, though we understand that there may be some rare cases where trustees may wish to consider doing this.

None of this is to say that we have all the answers. Charities are, and always will be, independent. Trustees hold that important responsibility of delivering on their charitable mission and purpose, so it is right that trustees’ decisions have weight and are independent of the regulator.

Donations can be used to further a charity’s purposes, so the risks must normally be significant if they are to outweigh the value of the donation to the charity. But, ultimately, it’s for trustees to determine and to be able to demonstrate what is right for their charity, providing this is within the limits of the law.

Nor, I should say, can we immunise trustees from wider criticism; feelings may well run high and well-made decisions can still be unpopular. But if a charity can demonstrate that its trustees have properly considered the options and acted honestly and reasonably in line with their powers and the legal framework, it should not be for the Commission to second-guess the decision trustees come to.

There are no easy answers

While acknowledging that this is not easy, we want to equip charities with the information they need. We want trustees to feel empowered to make informed decisions that are right for their charity. Often there won’t be a right or a wrong answer, and different charities may legitimately come to different decisions.

Deciding to turn down money for a charitable cause that you believe in is never going to be easy – and it shouldn’t be. Indeed, sometimes the law won’t allow charities to refuse or return a donation without the Commission’s authority. But we hope that in expanding on our expectations and the legal framework, we will be able to give trustees the confidence to face these situations smartly and without fear of their decision to accept or refuse a donation coming back to haunt them.

This will build on support already available, including our advice to charities that received money from the Presidents Club Charitable Trust, our Know Your Donor tool and fundraising guidance, as well as the Institute of Fundraising’s practical guide to dealing with donations.

Tell us what you want

We know that this clarification will be important for charities, so we want to ensure that the end product is useful and can easily be put into practice. Whether there is greatest need for a practical checklist, a new piece of published guidance, a legal policy document or something altogether new – we want to hear from those who will actually be using it.

We want this to be an open and collaborative approach so we welcome the views of trustees and other interested parties on what they would like to see from the tool. Anyone with an interest in this is encouraged to email guidanceandpractice@charitycommission.gov.uk to tell us what type of support they would benefit from.

Questions we have already have had on this issue are a welcome signal that trustees are open to more on this, and are responding to changing public expectations as society moves forward. Charities can and should be a step ahead of other organisations in recognising that how they go about their work is as important as what they do.

If we are to preserve what is special and good about charity, we must work with trustees to help them navigate this moral maze.

This article was first published by Governance and Leadership magazine on 15 May 2019.