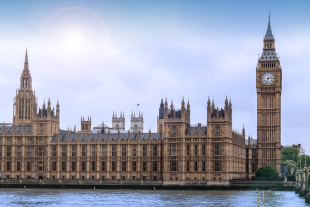 The Charities Bill, announced in the Queen’s Speech on 11 May 2021, proposes several technical, but important, changes to charity law.

The Charity Commission has been working closely with charities and their representative bodies, the Department for Digital, Culture, Media & Sport (DCMS), and the Law Commission, to bring these changes forward. This follows extensive consultation over several years.

In this blog I will outline 5 of the key changes in the Bill, what they would mean practically for charity trustees, and why we support them.

What are the key changes?

Here are 5 of the key proposed changes for charities and their trustees:

Why we support the changes

The Commission welcomes the proposed changes which should make life simpler for trustees, and help them maximise the benefits that their charity delivers.

That’s what really matters – letting trustees get on with the important work of running their charity, whilst maintaining strong oversight for the instances when things do go wrong.

When enacted, the changes would also ease some of the regulatory pressures on trustees and reduce unnecessary bureaucracy. This will enable charities to deliver greater impact for the people and causes they are set up to support. Given the additional pressures placed on trustees during the pandemic, this is especially welcome. These changes chime directly with a key objective in our 2018-2023 strategy, which is to give trustees the tools they need to succeed.

With our strategy guiding us, we have been exercising our commitment to making life easier for trustees throughout the pandemic. One example of this is the introduction of our 5-minute guides which provide trustees with simple and easy to understand information on how to run their charities. You can find other examples of the work we’ve been doing.

Whilst our work in helping trustees respond to the pandemic will continue, we’re also preparing to implement these changes and look forward to doing so once they come into effect, subject of course to the approval of Parliament.